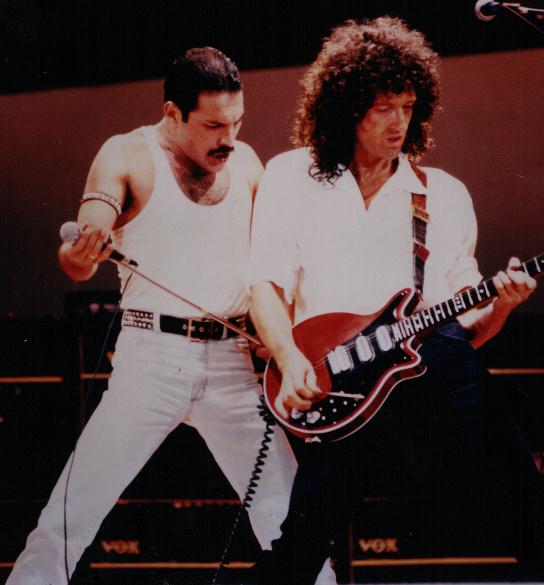 Few English pop rock bands have had such a huge success as Queen. They started out as a prog rock group but later developed a much more accessible sound. They were known for the anthems which were popularised during their Live Aid performance.

Freddie Mercury was the lead singer of Queen. He helped to write some of their biggest hits. His ability to engage with audiences made them one of the best bands to see live. However, he would also clash with the other band members. Eventually, this tension led to him going solo.

The band soon reformed until Mercury’s premature death in 1991. Their later tracks were more sombre and reflective than their earlier work. After he passed away, Mercury was commemorated as an icon of pop. He was portrayed by Rami Malek in Bohemian Rhapsody, a biopic of his career in Queen.

Malek’s performance would win him an Oscar.

In this fantasy action film, a group of immortals fight over the centuries hoping to claim a prize. It received favourable reviews from tabloids such as the Daily Express due to the soundtrack supplied by Queen. It’s A Kind Of Magic stands out as one of the best tracks in the film. In an emotional scene, Who Wants To Live Forever perfectly captures the bittersweet experience of growing old.

Flash Gordon was a campy science fiction film that featured flamboyant settings and characters. This made Queen the ideal band to provide the soundtrack. They recorded the iconic theme song which utilises Mercury’s high vocal range. The success of the film was likely due to Queen’s contribution to the finished product.